Often here at Milliamp we are sent PCB design projects from customers wishing to modify their existing designs or continue work on a project that’s part way through completion.  When this does happen, sometimes the already completed design work has been completed in an schematic/PCB layout (ECAD) tools such as Altium, OrCad, Proteus or one of the many other ECAD software packages on the market. Whilst this isn’t a problem for Milliamp, where we are able to work with a wide variety of ECAD software suites, it can cause problems down the line in terms of our customers ability to view/modify the design themselves or other 3rd parties due to the high cost of EDA tools (can run into tens of thousands of UK pounds, with cut down versions “pin limited”).

If our customers have no EDA preference, then here at Milliamp we strongly suggest a conversion to our preferred ECAD tool – KiCad – which is also open source !

KiCad is our favourite ECAD tool to use for a variety of reasons: It’s Open-Source meaning that the software is ever evolving gaining new and interesting features every single day; It has awesome features – 3D viewer, controlled impedance PCB routing, up to 32 PCB layers, intuitive interface; It’s completely free to use! This means if a customer wants to make modifications down the line it is as simple as downloading KiCad, installing it and opening the design files. No expensive licenses required!; Finally, it is becoming a seriously popular and powerful ECAD tool – with backers such as CERN in Geneva, and distributors such as Digikey (who provide off the shelf footprints with parts they sell) and others.

Until this point most ECAD conversions into KiCad had to be done by hand with the aid of some clever bits of external software. However, as we can see from this blog post from KiCad the ability to import Altium Designer PCBs directly into KiCad is coming and is already available in the next release candidate. This will make it easier for us here at Milliamp to switch customer’s work to KiCad if desired (which we strongly recommend).

We cannot wait for this feature to be merged into the main release and look forward to working with it! 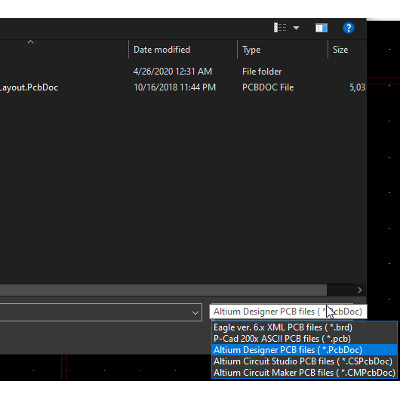 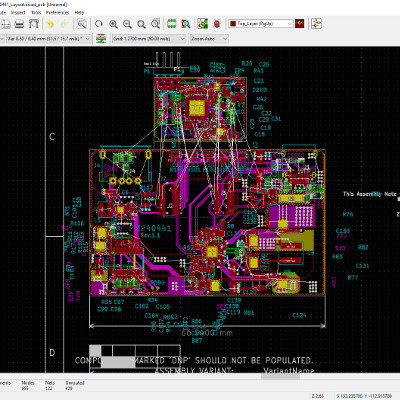