Initially launched as a community based IoT platform in Amsterdam, it has gone from strength to strength, and (as of Jan 2017) in 509 days since it’s inception has gained 7347 registered users, with 1110 active community gateways in 354 cities across 83 countries and growing by the day !  Some impressive stats ! 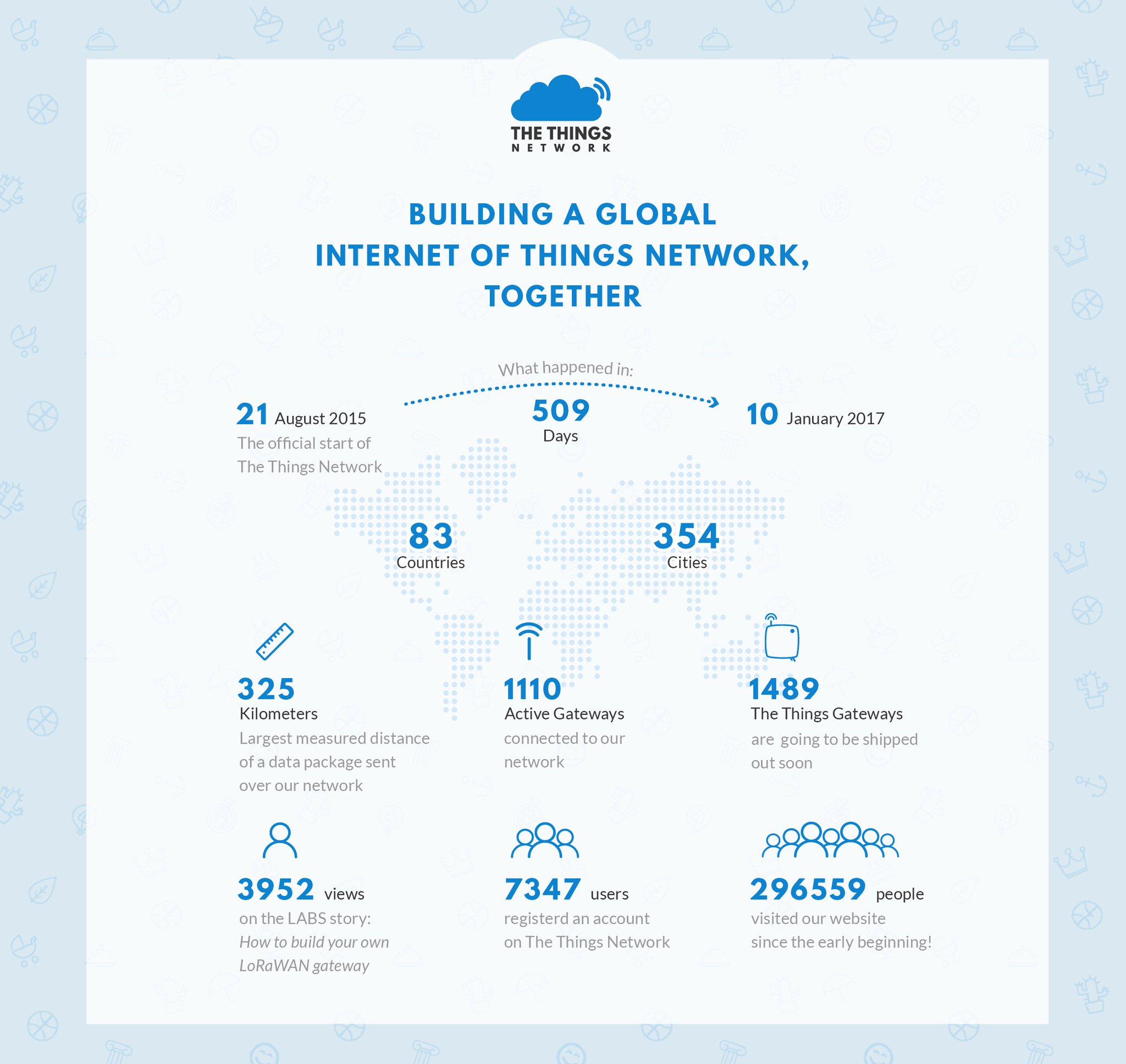 LoRa technology enables the TTN to create free to use city and regional Low Power Wide Area Networks (LPWANs) clusters across the world all connected together with a variety of use cases, from tech development for people who like to make and tinker, to real world applications such avian pollution monitors in Arnhem, Holland and IoT smoke alarms in Manchester, UK.  Find out about more user stories on The Things Network Labs pages and Twitter feed.

The underlying technology to enable this platform is LoRa radio technology (chirp spread spectrum modulation technique) from Semtech, implemented as a network platform using LoRaWAN protocol.  LoRa Nodes can be ultra low power, battery operated devices running on license free frequencies such as 868MHz, 915MHz and 433MHz (nearlly) and the communicate with LoRaWAN Gateway devices in a star topology.  Each gateway can serve tens of thousands of devices, with range of a few km in built up areas to up to 15km in line of sight, non-urban environments.  The theoretical range of LoRa is over 800km and this has even been tested with a weather balloon communicating 702km!!

End nodes are able to roam between gateways in a similar way to mobile phones roaming between base stations, enabling a star of stars network topology.  Data from the entire system is available via application services using lightweight messaging protocols such as MQTT which “push” data to end users in everything from web applications to mobile apps.

Whilst other commercial LoRaWAN IoT platforms are available such as Loriot.io, and via large telco companies such as Orange, Swisscom and BT, we believe that an open platform like the TTN has a lower overall total cost of use and with the benefit that it is free and open for anyone to use, whilst taking advantage of secure network level encryption to ensure user security.  And right now we are only at the start of the journey of The Things Network.  We believe in the future this will enable the tech in many places currently unreachable by the IoT, as it lowers barriers to entry such as cost, complexity and usability.

You can find out more about TTN on their website wiki.

Milliamp has significant design experience developing with a variety of LoRaWAN enabled hardware and software technology, in particular with the TTN.  If you would like to talk to us more about what we can do to help please get in touch ! 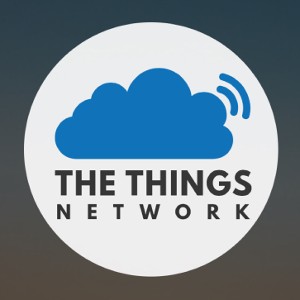 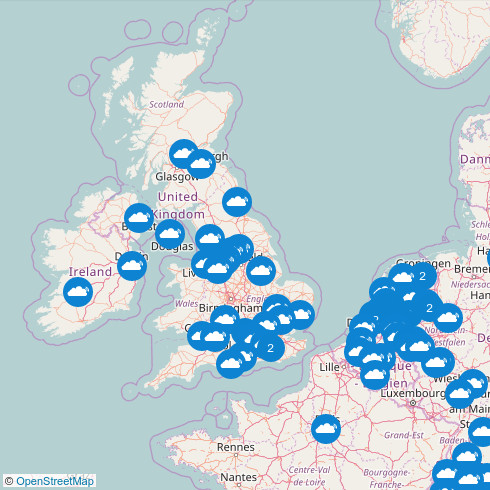