A few weeks ago we took a weekend trip to Coalbrookdale and Ironbridge in Shropshire in the UK, a UNESCO world heritage site widely regarded as the birthplace of the industrial revolution, where Abraham Darby first discovered the mass coked smelting of iron in a cheap and reliable way back in 1708.  This discovery led to the mass production of new buildings, bridges, machinery, factories and railways and changed world history.  A unique combination of discoveries led to the ability to make iron and steel on a large scale, and sometimes a perfect storm is required to achieve a step change in civilisation.

Last year the World Economic Forum was talking about the “Fourth Industrial Revolution”, where they see “disruptive technologies” such as the Internet of Things (IoT), Machine-to-Machine (M2M), Artificial Intelligence, Robotics, Autonomous Vehicles and other novel technologies combining together to underpin another massive step forward for mankind.  But is this achievable ?  As humans we already have difficult problems to solve to avoid decline of our species – climate change, power generation (we are still trying to figure out fusion after nearly 100 years), infrastructure management, and food production to name a few – and so far just as Abraham Darby did (he died before he saw the industrial revolution take hold), we are solving many of these challenges with trial and error approach which is taking us some time – and in some cases this may be time we don’t have.

We are only human – and we are reaching the point of information overload.  Whilst we are a civilisation with some advanced technology that is able to generate huge amounts of raw data – from Facebook to deep space telescopes.  However there is never enough collective brainpower or even software capability (programmed by humans) to process it all and make new discoveries as fast as we need.  For us to really progress, something needs to change – and sometimes a little extra help is needed.  2017 was an interesting year for disruptive tech,  primarily Artificial Intelligence which has the capability to tie everything together.  And we think it’s going to be big in 2018 – not in some fancy lab somewhere – but in your back pocket in the shape of a mobile phone with its usual “Ok Google” or similar personal assistant.

Back in October 2017, we wrote an article about huge progress in neural acceleration hardware – AI accelerators now featuring in the Apple A11 SoC processor inside every iPhone X or iPhone 8 with other manufacturers are also following suit.  This will lead to a huge thriving AI testbed on millions of mobile devices, allowing AI to take us to new unforseen and exciting places.  Apple’s entire future is riding on this according to its boss Tim Cook.

And it’s not just the hardware that has had a run of success in 2017 – the software needed to run on that hardware has made monumental progress.  Google have had a variety of wins – with AI deep learning discovering new planets for NASA (knocking us off the top spot as the biggest known solar system), MIT Auto Tune Models (ATMs) that can do big data analysis faster than humans and Google’s 5-month old AutoML platform now being able to write its own program code better, more efficient and faster than the Google people who made it.  But these are just “narrow AI” systems that need a lot of help and are application specific.  So is that the end of the story ?  Nope.

Inside Google’s DeepMind unit based in London, as the lights twinkle on the server racks, something altogether massively more advanced is rather quietly being worked on.  And it focuses on AI playing the ancient Chinese game Go.  In March 2016, an AI called AlphaGo assimilated the moves of tens of thousands of human players to go on and win against the Go Grandmaster Lee Sedol 100 to nil.  Boring eh.  So not satisfied with all the extensive training required, DeepMind went back to work and came up with AlphaGo Zero, a stronger version than all previous versions – using untrained Reinforced Learning.

In October 2017, DeepMind published in the journal Nature that AlphaGo Zero had crucially come up with its own Go gaming strategy from scratch (by playing itself billions of times over) in 3 days.  It has taken Go players over 3000 years to do this.  The previous version achieved a gaming quality “Elo” of 3739, the new version 5185, easily beating the original AlphaGo 100-nil running on just 4 processors compared with original AlphaGo’s 48.

And it doesn’t stop there.  On 5th December 2017,  DeepMind claimed that it generalized AlphaGo Zero’s approach into a single AlphaZero algorithm, which achieved within 24 hours a “superhuman” level of play in the games of chess, shogi, and Go by defeating world-champion programs, Stockfish, Elmo, and 3-day version of AlphaGo Zero in each case – again without any human training.  Even DeepMind are amazed by this and have said that they are not actually quite sure of the limits of their new algorithm as it is no longer constrained by the limits of human understanding.  This all sounds a bit like science fiction but things are changing – and many would say this is a massive step forward towards a true “strong AI” which would be comparable to human cognitive abilities, and it may be algorithms like AlphaZero that help us get there.

So it’s exciting times – just keep an eye on the little box of tricks in your back pocket.  Maybe we are now at last entering the Fourth Industrial Revolution.  As humans, I don’t think it’s possible to comprehend yet where we will end up, but one thing is for sure is we are now entering uncharted territory just as Abraham Derby did nearly 300 years ago – caution is required though as we don’t know what we don’t know – as is written on many an old map – here be dragons ! 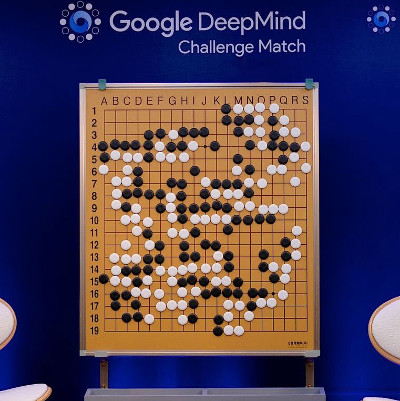 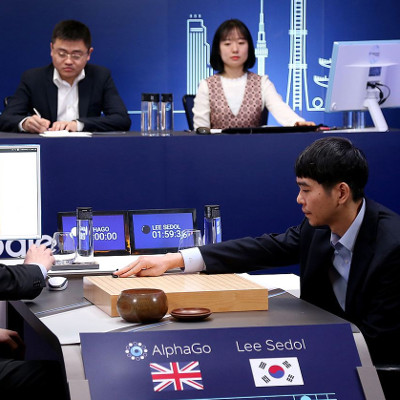