What do National Geographic, Watford and ALDI Lancaster have in Common ?  All were built on innovation developed in Lancaster 🙂

Today was a great event in Lancaster’s long and exciting history – ALDI has opened a new store about 2 minutes walk from our head office in the White Cross Business Park in Lancaster.  As well as an excuse to go and browse DIY hardware in the middle isle whilst shopping for a schnitzel snack, it’s worth considering for a moment a little bit of relatively unknown history of the site – formerly Queens Mill owned by Storeys of Lancaster (aka Storey Brothers and Co) – and how innovation and discoveries there changed the world and Watford !!!

Around 120 years ago the White Cross was the headquarters of the Storey Brothers – a company founded in 1849 as a company specialising in coated fabrics called oilcloth – which was cotton coated with an thick oil then rolled and beaten flat – a precursor to PVC coverings.  These products were exported all around the world – from table coverings to curtains and later wallpapers and other decorative items.  Alongside James Williamson – aka Lord Ashton the “Lino King” – both Storeys and Williamson’s employed thousands of local people and made Lancaster a global name for coated fabrics.

Less known is the innovation culture that drove the Storey Brothers company many of whom were chemists and engineers.  But more about the Storeys in another blog maybe 🙂

One such innovation was the invention of industrialised rotogravure – still used today around the world.  The Storey Brothers for some years prior to 1890 were researching a way of improving their processes to enable higher quality decorative patterns to be printed onto the fabrics they sold.  Up to this point a plate based intaglio printing process was the state of the art with etched metal plates used in printing presses.  However this was slow and labour intensive and a new roller press method was needed.  In 1890 a Czech artist named Karl Klíč visited Storeys in Lancaster who had heard they were interested in high quality printing.  For 20 years Klíč had been trying to make a printing process work using carbon paper to etch copper rollers that could then be used to directly print photographic quality images onto a substrate, however it was not until he was able to work with Storeys employee Samuel Fawcett (who for 14 years  had worked as a plate engraver) that they were able to crack the process together and make it work reliably – inventing industrialised rotogravure.

The partnership between Klíč, Fawcett and Storey Brothers (who funded it) worked well and the quality of the process was perfected and tuned for mass production.  In 1895 they established the Rembrandt Intaglio Printing Company at Queens Mill (now the site of new Lancaster ALDI) to expand their expertise and for the next 10 years had a global monopoly on printing of this type and quality – with the company branching out into general printing as well as art and fabric printing.  As well as improving magazines and newspaper inserts, this brought art to the masses allowing famous paintings to be mass produced as low cost prints, bringing it within reach of less well off households.  The Storeys and Klíč held the process as a trade secret but didn’t properly patent it, with only a tiny number of men allowed into the secretive “yellow room” in Storey House (where Milliamp HQ resides!), White Cross before plates were sent to Queens Mill.

In 1906 they marketed the first multi-colour gravure print – globally groundbreaking.  However there was already trouble – in 1903 one of the employees stole the trade secret that had given Lancaster its monopoly and took it to the USA, and with the unpatented know-how now escaping around the globe the Rembrandt Intaglio Printing Company went into decline over the next 20 years.

In 1923 the company was sold to Sun Engraving, which would later become Sun Printers in Watford, one of the central businesses that created the massive Watford printing industry which printed most newspapers and magazines in the UK and became the biggest printing center in the world between 1920 to 1960.  Many of the Lancaster staff had headed south so Sun Printers continued to expand their expertise in rotogravure and achieved a number of world firsts to great accolade in the 1920s and 1930s.  Historians say that “Watford’s greatest contribution to printing is all the innovative work that was done at the beginning of the 20th Century in colour reproduction” and key to this was the rotary photogravure or rotogravure  – invented in Lancaster.

Sun Printers later merged with Odhams which was later owned by Robert Maxwell and then merged with other printers to form what today is Trinity Mirror / Reach which today publishes 240 regional papers in addition to a number of UK papers.

Today rotogravure still is used to print high quality imagery in magazines and newspapers, including high quality prints such as National Geographic, but the industrial process used is virtually similar to that invented in Lancaster over 125 years ago.  So when browsing ALDI Lancaster , if you pick up a magazine in store, remember that the printing process used to make it was invented there !

The moral of the story is never underestimate the value of innovation, and in particular how a small team of innovators can change the world !!!  Had the Storey Brothers and Klíč thoroughly patented their invention globally instead of keeping it a risky trade secret, maybe Lancaster would be a different place today – and so might Watford – but maybe we wouldn’t have a new ALDI in Lancaster 2 minutes walk from Milliamp !

Here at Milliamp Technologies we are an innovation focused technology design and manufacture company and always aim to assist our customers in protecting their intellectual property as robustly as possible.  In addition to our electronics and firmware design services, we are able to provide a number of advisory services including patent guidance/signposting and IP protection expertise including robust hardware and software anti-cloning mechanisms and reverse engineering countermeasures to ensure that your development can be commercialised to its fullest potential !!! 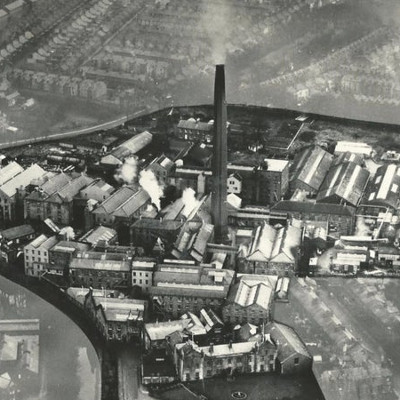 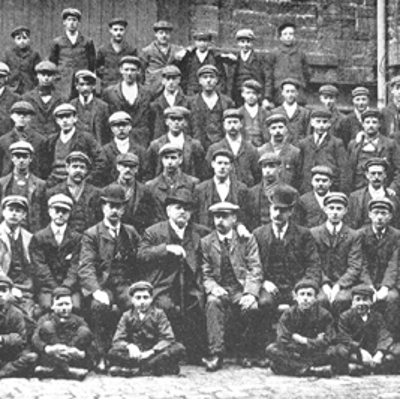 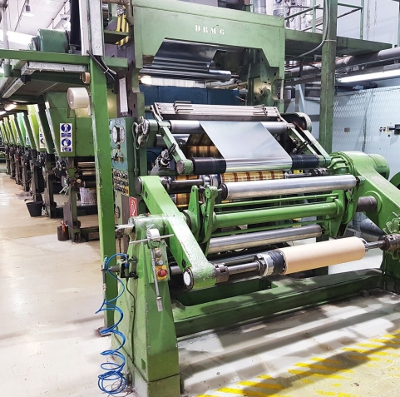