How to find the White Cross Business Park and Milliamp Technologies!

From the North:  Leave the M6 at junction 34 (signposted Kirkby Lonsdale) Then turn left onto the A683 Follow the main route in (Caton Road).  On approaching Lancaster City Centre (2 miles) follow one-way system (signposted Heysham, Morecambe, City Centre) Keep to the left hand past shopping complex (Pizza Hut) on right, bear to the right through lights, then turn left at filter lights onto the A6 (signposted City Centre) Follow one way system through turns, up a hill, through lights and past Town Hall and Magistrates Courts to left and Police Station to right. 100 yards past Magistrates Courts keep to the left to go along A6 but after the pedestrian crossing … Turn immediately left into a minor road (unsigned but White Cross Street on some maps).

On Arrival at White Cross Site:  The Gatehouse Reception (shown in the photo left) should be in front of you.  Either park in that area (if space) or proceed under the Gatehouse archway to more car parking at the rear and call Milliamp on 01524 888 319 for further instructions as soon as possible and we will meet you at Gatehouse Reception.  Note: Automatic numberplate recognition is in operation that requires us to authorise your car within a short period to avoid penalty charges.

Walk: Exit the railway station and turn left onto Meeting House Lane.  Walk down the hill towards the town centre.  Meeting House Lane meets Lancasters one-way system.  At Waterstone turn right and walk up the one-way system (King Street) in the opposite direction to the traffic.  Once you reach the Toll House Pub cross over the traffic island and canal and the White Cross site is on the left (opposite the hospital).  You should be able to see the turreted building at the front of the White Cross business park.  Gatehouse Reception is on its left hand side.

Taxi: There are taxis available on both sides of the rail station.  Ask to be dropped off at The Gatehouse White Cross opposite the hospital.

In the event of a fire in the building, there will be a continuous ring. If possible leave the building with your host. Otherwise, the fire exit is signed from the office, assemble at Assembly Point B, Boyd’s Court Car Park, signed B. An intermittent ring means a fire in a different building and evacuation is not required unless or until the ring becomes continuous. 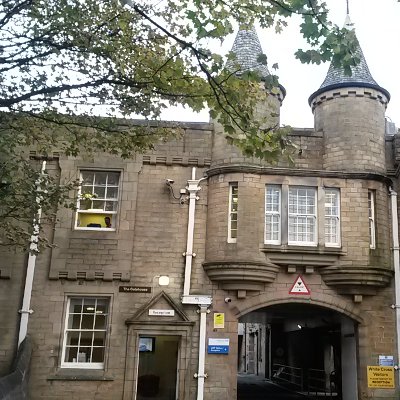 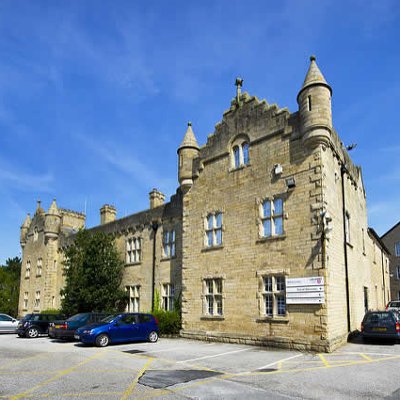 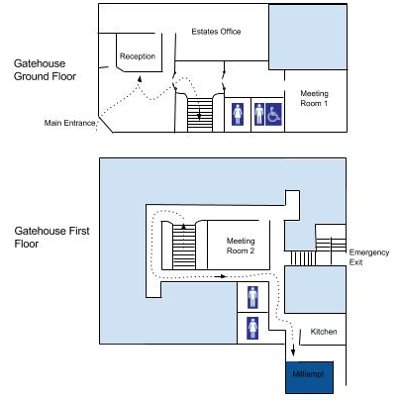